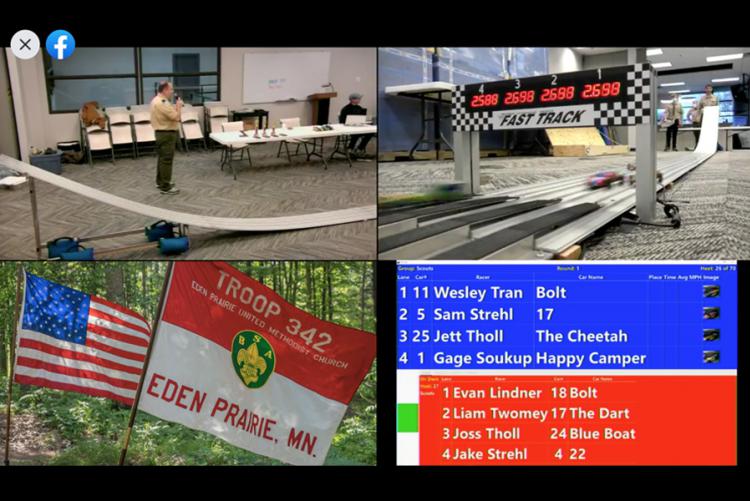 On Saturday, January 23rd, Alpha Video hosted Cub Scout Pack 342 at our office in Eden Prairie. However, this Saturday was no ordinary monthly pack meeting. It was Pinewood Derby Day! For over one hundred years, the Boy Scouts of America have held an annual Pinewood Derby. Cub Scouts across the country participate in building and racing their own cars made from blocks of pine wood, plastic wheels, and metal axles.

Over the years, the derby has grown to be one of the highlights of the year for any cub pack. The event requires racing tracks, official timers, and even scales to check each car’s weight to make sure they qualify. The carving and crafting of cars so they are exactly five ounces is one of the biggest challenges for participants.

This year, the derby needed to have limited attendees due to state Covid-19 restrictions on group gatherings. Typically Pack 342 had 45 scouts participate and over a hundred parents, grandparents, and supporters attend. While the races could be safely managed by limiting the number of scouts participating in each heat, having spectators join them to cheer them on was a real problem.

Through employee connections, Alpha Video became aware of the issue and offered to host the event in our Training Center at our HQ in Eden Prairie. Alpha’s Training Center is equipped with video conferencing and web streaming solutions so the entire event could be streamed live. Cameras were placed to provide various angles of the race along with shots of the race results. The derby was streamed to the pack’s Facebook live channel.

The live streaming was a big hit with spectators who could now view the derby remotely at home. Parents, grandparents, and supporters were able to watch and cheer on their scout and be there, at least virtually, for the award ceremony. Their congratulatory and supportive comments on Facebook meant a lot to the pack and helped the event seem a little more normal. These days, keeping up traditions and getting a little normalcy back in our lives is always good. Alpha Video was happy to help.

Thanks for signing up to receive important information from the leading professional association for media managers.

2018 CMMA National Conference Replays
We use cookies to ensure that we give you the best experience on our website. If you continue to use this site we will assume that you are happy with it.Accept